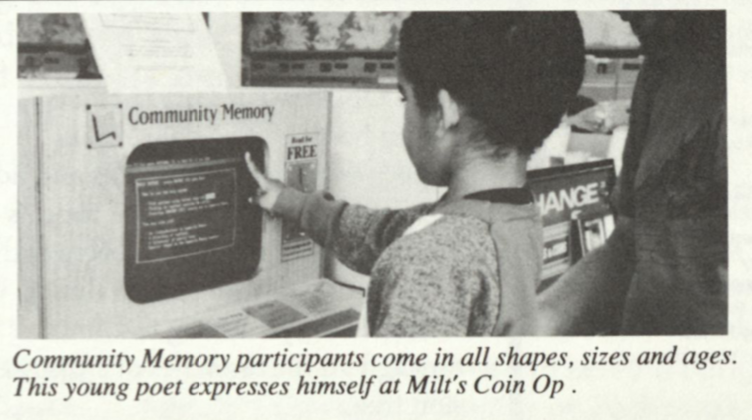 Community Memory (CM) was the first computer-based public bulletin board, operating from 1973 through 1992 with most terminals located in public spaces in Berkeley, California, such as libraries, senior centers, co-ops, and laundromats. Born out of the Free Speech and countercultural movements of the 1960s, CM’s purpose was to provide a free community-based space that linked people together through the unmediated sharing of ideas and knowledge, collective planning, and classified ads via messages and discussion forums. Working as a nonprofit called Resource One Inc., which was dedicated to making computers available to the counterculture, Lee Felsenstein, Efrem Lipkin, Ken Colstad, and other developers created CM using a donated mainframe computer. The terminals, which consisted of a computer display and keyboard that was originally housed in a cardboard box, then later in a wooden one, were networked and messages were indexed, making all content available and searchable on any CM machine at any location. While messages were free to read, adding a message cost 25 cents. Posting could be anonymous or signed, and registration was not required.

The first terminals operated from 1973 to 1974 at Leopold’s Records, a communal house, and Whole Earth Access Store in Berkeley; Vocations for Social Change in Oakland; and the San Francisco Public Library’s Mission branch. Although it was popular, the group temporarily shut down the project because they could not easily replicate the equipment and languages being used, and the computer that acted as the central hub in the network was not sufficient to support expansion of the project.

The three men regrouped and in 1977 created a collectively run nonprofit entity called the Community Memory Project to support CM (this group was interchangeably referred to as the Community Memory Project and Community Memory). They developed their own software, a database called Sequitur, and a communications package called X.dot, and began placing terminals with the overhauled system throughout Berkeley. That pilot program ran from 1984 to 1988, after which they made adjustments based on research and evaluations, then released new terminals in 1989 in Berkeley and licensed their software for similar systems to be set up in places like San Francisco State University and Los Angeles’ Electronic Cafe. Due to a shortage of funding and inconsistent marketing and outreach, Community Memory shutdown in 1992. 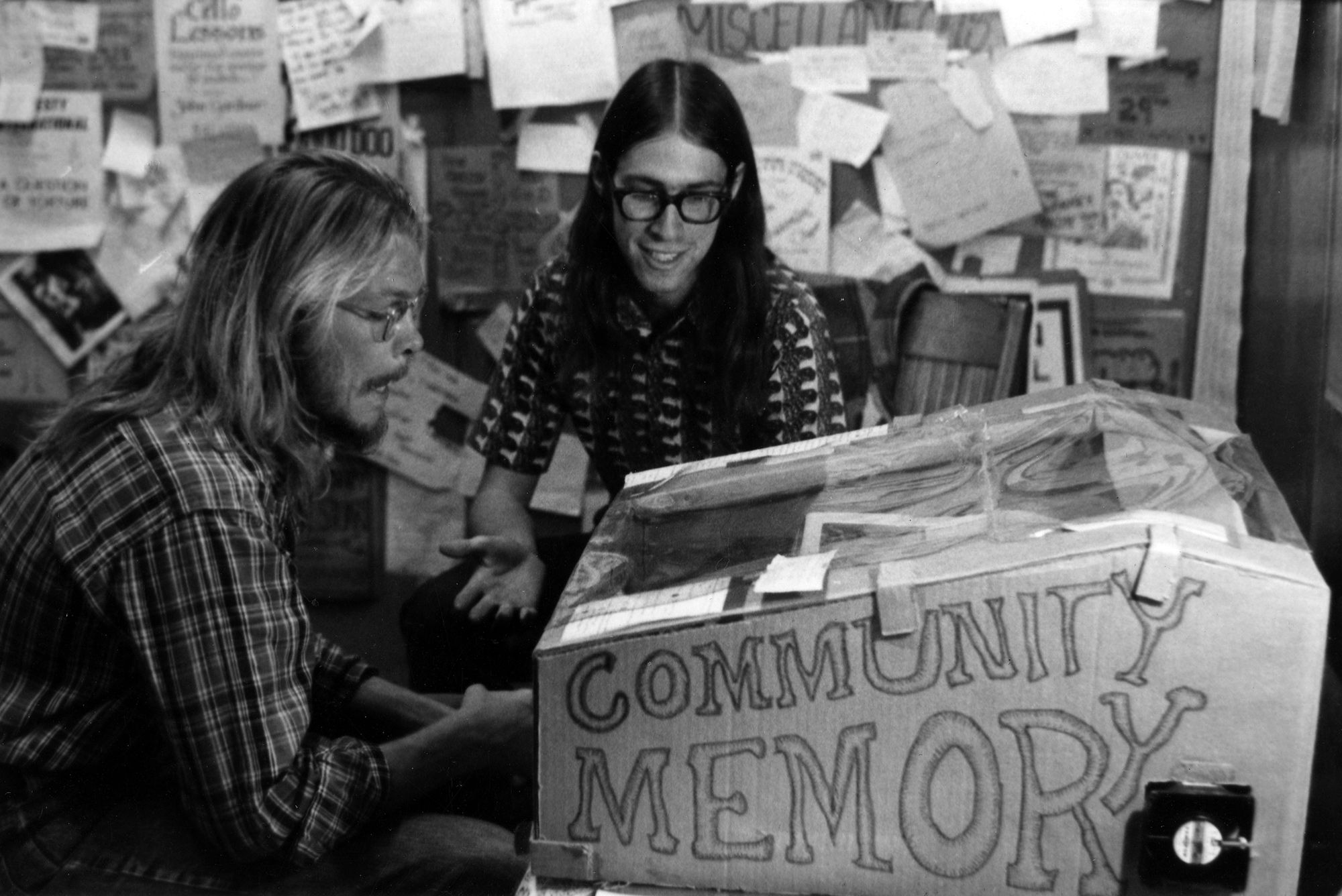 What is it that you hope to explore during your residency? We are exploring the protocols, languages, and material of...
/social-stories

Here are all the notes in this garden, along with their links, visualized as a graph.